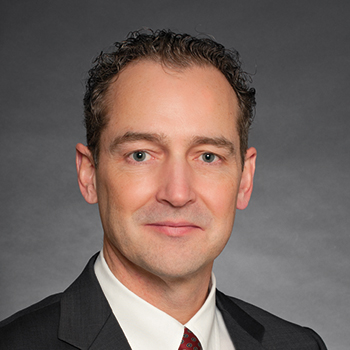 Steven Frantzen is a long-time specialist on the Information and Communication Technology (ICT) markets of Europe, Middle East and Africa (EMEA), with a particular focus on emerging markets. As Senior Vice President for Research, Mr. Frantzen oversees the planning and execution of IDC's standard research programs and consulting across some 74 countries in Western Europe, Central and Eastern Europe and the Middle East and Africa.

Mr. Frantzen is also responsible for managing IDC’s business units in Central and Eastern Europe, and Middle East and Africa (CEMA), overseeing the planning, development, implementation, and coordination of the full range of IDC's operations and activities across 21 IDC offices located throughout these regions. Moreover, he has management responsibility for IDC offices in Germany, Austria and Switzerland (DACH).

Mr. Frantzen joined IDC in 1990 as the company’s first dedicated employee for the region of Central and Eastern Europe, overseeing office and product development ranging from new country studies and various technology reports to consulting work on IT hardware, vertical markets, channels, telecommunications, software, and services, among others. He received subsequent responsibility for the Middle East and Africa region in 1999. Under Mr. Frantzen’s leadership for the past twenty years, IDC’s combined operations in the CEMA region have grown to 280 employees with research coverage in nearly 60 countries and conference and event activities in 40 countries.

Frantzen's experience in the ICT field reflects a combination of study, travel, and work activities. He holds undergraduate degrees in Political Science, History and German from the University of Iowa, which included several years of study abroad in Germany (Universities of Trier and Bonn) and Hungary. He also attended the Fletcher School of Law and Diplomacy in Boston, Massachusetts for a Masters degree, where his studies focused on international business and trade and Soviet and Eastern European studies. He is fluent in German and proficient in Russian and Czech.