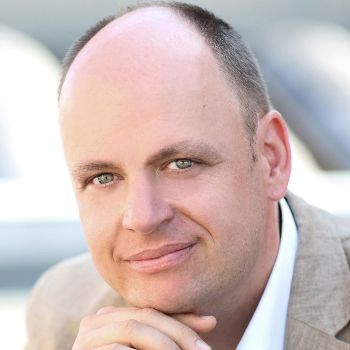 Robert joined Philips four years ago. In his current role he is responsible for the sales transformation globally. With this transformation the company is impacting close to 8000 sales people in over 100 countries, with enabling them to be successful in a more digital environment than what they are faced with today. Close to 50% of the total revenue of Philips, i.e. apprx. 11 Bn EUR is coming from the healthcare sector globally, in which sector all analysts expect a huge transformation in the coming 5-10 years. Philips is leading the pack beyond its own industry when it comes to digital transformation, which started in 2011, and the results of which are clearly visible not only in the financial numbers, and organizational set-up but deep in the culture and behavior of the teams.
Robert was invited to his current role after the great success the teams achieved in CEE when in the first year they managed to increase EBIT by 14%, followed by a 20%+ CSG in the coming years.
He joined Philips after 10 successful years at Hungarian Telekom, where he started his journey as a trainee at Westel and in his last position he was the deputy director of Corporate Department. In 2007 he was member of the team, which designed and deployed the new operating model, in which Telekom merged all its subsidiaries under the umbrella of “T”. As he recalls this was the start of his never-ending endeavor to master the fields of change management, transformation, understanding the future ways of work and modern leadership. He spends all his leisure time with his two daughters and wife. They started their own transformation journey when purely driven by health consciousness they turned to a whole, plant based diet, which they became proud advocates of.