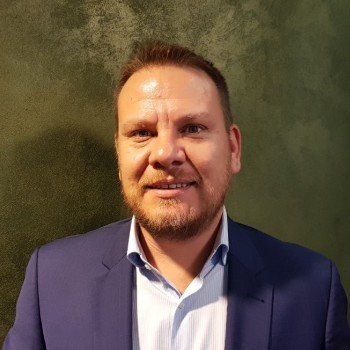 Caglar Unludag is the Sales Director for the Central Asia, North Africa and Turkey for Tata Communications, part of the $103 billion Tata Group.

After graduating from North Carolina State University in 2003 as an Industrial Engineer and then starting his career at Dish Network in September of the same year, Caglar Unludag was actively involved in the restructuring of the Delivery Implementation Processes for two and a half years.

Between 2006-2009, he worked as a team and unit manager in Marketing, Private Clients, Value Added Services and Internet Business Groups at DirecTV. After completing his military service, he worked as Operations and Project Manager at Turk Telekom international between 2009 and 2010.

As the Turkcell Wholesale Sales Manager from February 2010, he was assigned to develop special projects and products with international companies such as Vodafone, AVEA and ITPC, TIC Iran.   For nearly four years, Turkcell has been the market leader for Global Data, Mobility Services for the region.

In his current role, Mr. Unludag has positioned Tata Communications as one of the leading telecommunications providers and partners in the region by creating several partnerships, initiatives and projects in various areas, IP regional JV Nodes, as well as MPLS and Ethernet PoPs. Mr. Unludag has over 14 years of telecom experience with emphasis in the Central Asia & North Africa region.