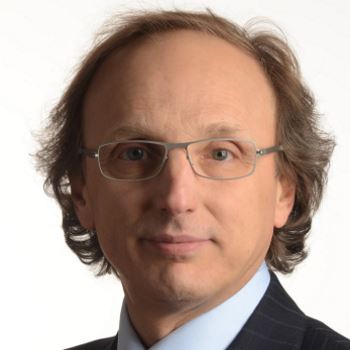 Gianluca Pancaccini has been chief information officer at Telecom Italia since November 2012.

After graduating from the University of Pisa in computer science in 1985, he started working for UNESCO in Paris, until 1986 when he joined Olivetti. For the first three years he moved throughout Europe working on the Esprit projects, then in 1992 became the head of the Oliricerca Multimedia Laboratory in Pozzuoli.

In 1995 he joined Saritel as head of the areas dedicated to the development of Internet/Intranet technologies for business applications. In 1999 he worked as Head of the Intranet/Extranet Competence Center for Telecom Italia. In 2000 he joined Wind Telecommunications where he was in charge of ICT for eight years, covering positions of responsibility within VAS/Internet, landline and mobile services and then later as Chief Information Officer in 2005.

Since 2008 Pancaccini has been managing director of the Operational Consortium, the service company which is a part of the Montepaschi Group, handling the address, management, development and control of the Group’s ICT as well as supplying centralized administrative services to support the network of branches and other companies of the Group.