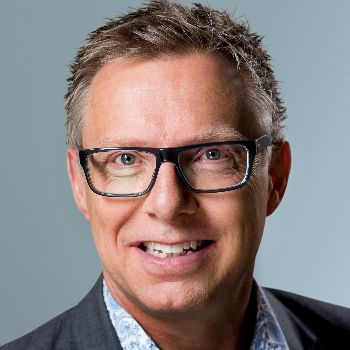 Henrik Amsinck is the CIO in the LEGO Group and are leading an ever-increasing deployment of Business Technology in the company. He has held this position since 2007, though he has extended his technology domain substantially, as the company went on a 10 year long double-digit growth journey. He strategically oversees consumer facing digital technologies in Marketing and Commerce.

In LEGO Corporate Management, Henrik has been tasked to head up the “Leverage digitalization” strategic priority and has be instrumental in several digital initiatives. Henrik has transformed IT into a product organization, named Business Technology, and is currently driving a huge companywide transition into an agile delivery model. Henrik is  currently leading the implementation of The LEGO Group’s most ambitious 4 year Technology Roadmap ever.

Henrik has been awarded CIO of the year by Technology Leaders more than once, and he holds a number of Board positions in private and public companies. Together with two renowned professors, Henrik won the prestigious SIM paper competition prize, where he introduces the “Digital Engagement Platform” and the four digital vectors, that LEGO uses to navigate the portfolio of digital initiatives.

Henrik has held CIO positions in TDC and AAK before joining the LEGO Group, but started his career in Finance in Banking. He holds a Master in Economics from Aarhus University and added several leadership courses since then. Henrik is member of the global CIO Network, Enterprise 50 and the Danish network for CIOs from the largest companies in the country.