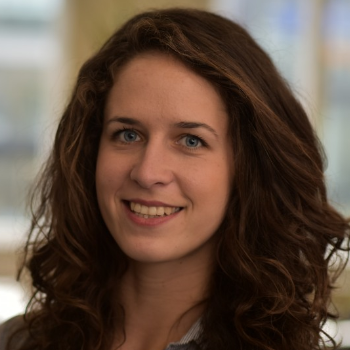 Mgr. Ing. Dita Přikrylová is a founder and (cheer)leader of Czechitas, organization educating women and minorities in IT. The main purpose of a social entreprise is to break a barriers and stereotypes, preventing women from entering these STEM carriers and provide them with enough technical skills and confidence. The organization has been awarded with Social Impact Award 2015, nominated for best internet projects Kristalova Lupa 2015 and 2016 and won Community Service Award 2017 at SXSW Conference, Texas, USA. Dita belongs to NewEurope100 inovators by Financial Times, Google and Visegrad Fund, was selected among 30 youngest leaders in Czech Republic under the age of 30 by Forbes magazine, awarded by European Citizen 2016 by European Parliament and was nominated to Top zeny ceska 2016 by Hospodarske noviny in January, 2017. Apart from Czechitas she is involved in other initiatives supporting education in IT: board member of 6D Academy and co-founder of Powercoders, coding school for refugees in Bern, Switzerland. She studies System Engineering at Faculty of Economics and Applied Computed Science at Faculty of Informatics. Before founding her own social enterprise she was working as data analyst in Ernst n Young, Prague.