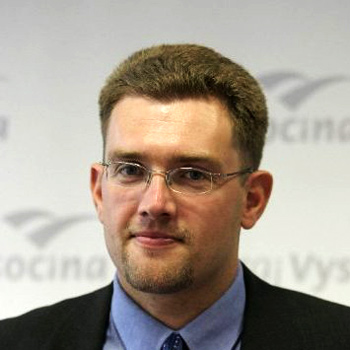 Currently works as the head of the IT department of the Regional Authority of Vysočina Region. Born in 1976, took a degree in information technology, knowledge engineering and economy from the University of Economics in Prague. He started his ICT career in 1996 as a software engineer and administrator of CAD systems at BOSCH Automatizace. From 1999, he worked as an administrator of the Elson web node in Prague. In 2000, he became a product manager at Emel Brno, s.r.o., responsible for the SRS ERP system in the Czech Republic.

Since 2001, he has worked as the head of the IT department of the Regional Authority of Vysočina Region. He served as the deputy chairman of the IT Commission of the Association of Czech Regions (2002-2004), chairman of the working group for regional GIS (since 2005), and a member of the Steering Committee of the Czech Government Council for Competitiveness and Information Society (2013) and of the IROP Monitoring Committee.